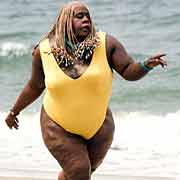 It would be different if they showed more POSITIVE images of black women to COUNTER the negative images, but they do not. We are ALWAYS IGNORED IN THE MEDIA WHEN IT COMES TO POSITIVE THINGS, including when we go missing and the media doesn’t even bother to report on our disspearance, no matter how wholesome and vulnerable we are. (see this article: http://thefreshxpress.com/2011/01/phylicia-barnes-is-missing-and-the-national-media-attention-is-missing-also/)

We almost NEVER see any images of ourselves in the media at all and when we finally do get a chance to appear in the media, as we authentically are (as black-black women) all we get is a nagging, abusive, overbearing, jealous and VIOLENT portrayal of a black woman who berates her husband and attacks another woman? That is the image that they chose to air at the superbowl…ONE OF THE MOST WATCHED EVENTS IN THE UNITED STATES and around the western world?? THAT WAS THE IMAGE THEY CHOSE TO SHOW TO THE WORLD! It’s OUTRAGEOUS!

IT’S NOT FUNNY, WE’RE NOT PLAYING THE RACE-CARD AND THERE IS NOTHING POST-RACIAL ABOUT THAT COMMERCIAL OR THE WORLD WE LIVE IN. THE POST RACIAL WORLD IS STILL A RACIST WORLD!

Those stereotypes in that commercial impact the way people view us and treat us. When we are portrayed as violent, abrasive and OVERBEARING, it feeds into other areas of our lives. This is partly why we are more likely to be incarcerated for longer periods of time for committing the same crimes as other people because police offices and the judicial system already view black women as being inherently more troublesome, aggressive and violent than white women…hmmm…I wonder where they got those ideas from?

HOW DO THESES STEREOTYPES AFFECT THE WAY SOCIETY TREATS US?
The portrayal of black women as being aggressive and domineering makes news stations and other media outlets AVOID showing us on tv when we go missing, why? The reason is because people in general do not view black women as being vulnerable and in need of help. When we go missing people assume we can “hold our own,” and above all people just aren’t interested in hearing about a beautiful, wholesome black girl who goes missing because, according to stereotypes, WE DO NOT FIT SOCIETY’S IDEAL OF WHAT A WOMAN IS. 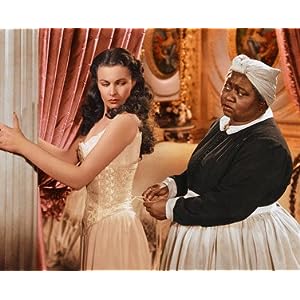 WE ARE NOT CONSIDERED AS VALUABLE AS WHITE WOMEN, THEREFORE PEOPLE DON’T WANT TO HEAR ABOUT OUR PLIGHT OF MISTREATMENT AND THEY CERTAINLY DON’T CARE WHEN WE GO MISSING. NOW WHERE DID PEOPLE GET THE IDEA THAT ANY BLOND WHITE WOMAN WHO GOES MISSING IS MORE VALUABLE THAN A WHOLESOME, BEAUTIFUL BLACK WOMAN??? I’ll tell you where they got it from STEREOTYPES, STEREOTYPES, STEREOTYPES! Stereotypes, which have PORTRAYED BLACK WOMEN AS VIOLENT SAPPHIRES, OVERSEXED JEZEBELS AND UNATTRACTIVE, ASEXUAL MAMMIES FOR CENTURIES. These stereotypes have been fed to the masses through BOOKS, LITERATURE, PLAYS, PERFORMANCES, MUSIC, MOVIES, COMMERCIALS, ARTIFACTS AND OTHER FORMS OF MEDIA FOR SO LONG THAT PEOPLE ARE BRAINWASHED TO VIEW BLACK WOMEN THIS WAY TO THE EXTREME THAT THEY ARE NOT EVEN FAZED BY THESE STEREOTYPES AT ALL.

That is why some people don’t see the pepsi ad as racist because they are so used to seeing black women portrayed in a demeaning manner that they don’t even recognize it as racist, it’s just normal to them. It’s become second-nature for many many people to accept these stereotypes of black women. They have no idea to what extent they impact our lives everyday and they have no idea how this pepsi commercial is about SO MUCH MORE than a silly commercial, it’s about SO MUCH MORE than playing the race card…it’s about the DEVALUATION AND DEGRADATION OF THE BLACK WOMAN AND OUR IMAGE ON A WORLDWIDE SCALE. It’s about people DENYING us the right to dignity and individuality. It’s about  people making a mockery of our humanity.
That is why this pepsi commercial and stereotypes matter…