Samsung Galaxy S4 to be launched in May 2013

Samsung Galaxy S4 to be launched in May 2013 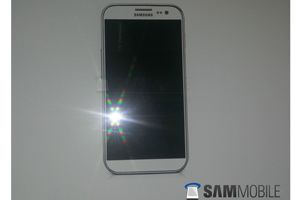 Samsung is getting ready for a big launch in May. The company which unveiled its latest flagship smartphone Galaxy S3 in May last year, is reportedly launching its successor named as Samsung Galaxy S IV in May 2013.

The current flagship model, Galaxy S III, was launched in May 2012, giving the device a full year before it is replaced as the top-of-the-line smartphone in the company’s portfolio. Before that, Galaxy S and Galaxy S II were rolled out in June 2010 and April 2011, respectively.

Sammobile, a tech blog, has also revealed leaked press shots of the Galaxy S IV. The blog noticed that “the device will use on-screen buttons as there is no home-button present on the device, the bezel around the device is much thinner and the device features a large display.”

The image, which the blog claims to have got from a Samsung insider, if authentic, exhibits that the company has continued with the design style introduced in Galaxy S III in the upcoming model. The smartphone, in the image, looks like a longer version of Galaxy S III, much like Galaxy Premier.

Rumours say that the upcoming flagship will have a 4.99-inch Super AMOLED screen with 441ppi pixel density. According to a Wall Street Journal report, the display of the device will be unbreakable, while rumours also suggest that it will also be bendable. Speculations are also rife that the device will be powered by a 2GHz quad-core processor and sport a 13MP camera on the back.