by techfeatured
in Gaming, How to's, News
0

Mario Kart 8 Deluxe is one of the best-selling Nintendo Switch game and by huge margin, it has sold 43 million copies as of December 31, 2021. After five years it’s getting new DLC with Booster Pass. The Mario Kart 8 Deluxe Booster Pass will add 48 tracks to the game. The booster pass will include every one of the 48 remastered tracks. Nintendo has not announced each of the tracks coming.

Sometimes when start up my Mario Kart and you might be unable to start the DLC.

Here is the Quick Fix!

Next boot up Mario Kart 8 and have fun.

Note that you also have to restart the game if you had it opened when you downloaded the DLC.

Mario Kart 8 DLC not showing up 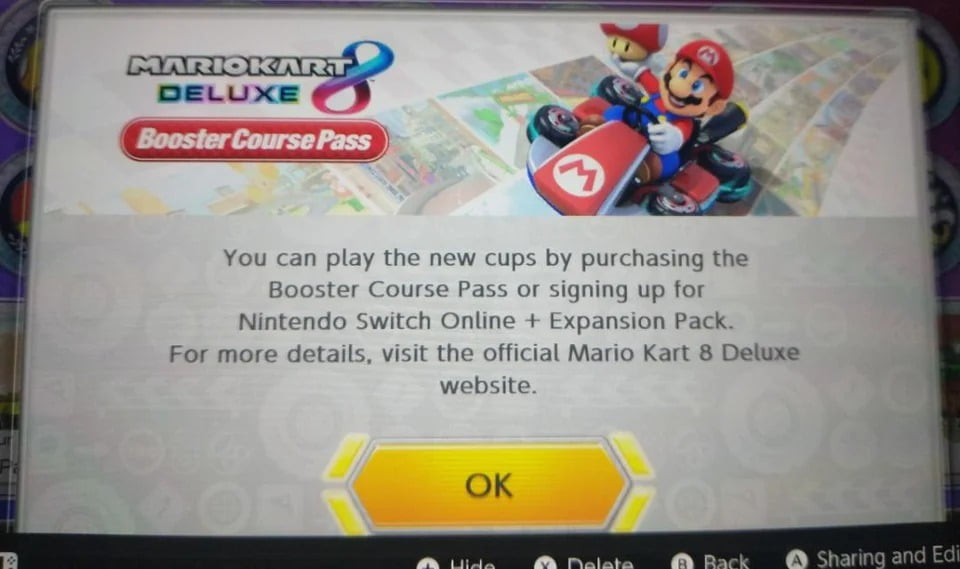 You might get message as “You can play the new cups by purchasing the Booster Course Pass or signing up for Nintendo Switch Online + Expansion Pack. For more details, visit the official Mario Kart 8 Deluxe website.”
If you are unable to see Mario Kart 8 DLC, try restarting your switch, check in the eshop, reopening the software etc, it would be better to wait few more hours as many users mostly in USA region are facing similar issue.