Has Evolution Of Technology Changed The World Of Escape Rooms?

by techfeatured
in Latest Tech
0

Escape rooms appear to be the new generation of gaming consoles, attracting players who wish to experience games in a whole new way.

This is the right platform whether you’re a seasoned player looking to put your skills to the test or a team leader who is planning an escape room team building event for his employees.

Virtual reality games can also help you improve your talents. You’re mistaken if you think this is just another immersive gaming platform. It aids in the development of skills such as creativity, collaboration, and networking.

These virtual reality arcades that have mushroomed globally will put your skills to the test on all fronts. I desperately wanted to experience the enthralling experience of these escape games. So, visiting the Experimental Escape Room in Warwick became a priority in my things to do in Warwick list.

If you’ve only ever played 2D games like PC games, you might be wondering what a virtual reality escape room game is…

The virtual reality escape room introduces you to a virtual world where you can engage in a new type of gaming experience. You are put in the shoes of your character and given control over them.

Every scene in the game feels as if the gaming world has come to life right before your eyes. You are quickly captivated by the game’s appearance and feel.

Each sound and vibe offers a sense of excitement and throbbing action as you try to solve the riddles and complete your goal within the time restriction.

Aside from youthful gamers, several businesses have started to hold virtual reality escape rooms for their employees. 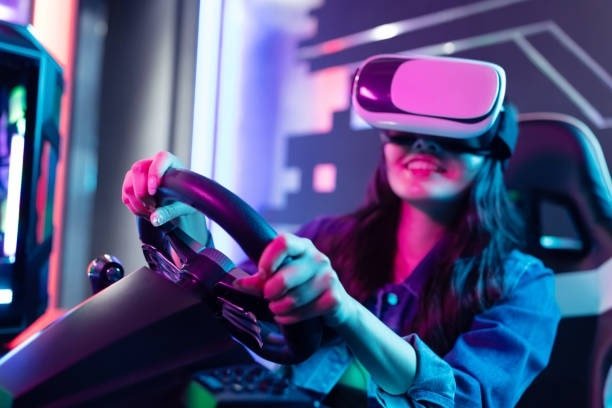 What all it takes to ESCAPE an Escape Room?

You have to execute a series of actions to achieve a specific goal within a certain amount of time. There are several substantial obstacles to overcome, as well as challenges such as decoding interesting puzzles.

You’re either getting closer to completing the puzzles and fleeing the escape chamber with each passing minute, or you’re plunging deeper and losing the challenge.

To succeed in an escape room, you must remain calm under stress. You’ll be up against the clock and facing a deluge of challenges from the moment you enter the virtual reality escape room.

Team-building and management skills are in high demand in an escape room. It’s safe to assume that if you’re not a team player, you’ll struggle in a teamplay mode. The team leader must properly allocate tasks to his members and work on them together as a team.

Puzzle-solving is one of the most significant components of completing a VR game. Those that excel at problem-solving will have to think outside the box to solve the game using the clues provided.

These virtual reality escape rooms are revolutionizing the entertainment sector. So, do not put it off any longer. Book a seat at one of the neighboring escape rooms and immerse yourself in the fascinating world of escape rooms.