No Result
View All Result
Home How to's

by techfeatured
in How to's, iOS, Mobiles, News
0

iOS 8 was released on September 17th 2014 and later  followed by the iOS 8.0.1, and iOS 8.0.2 updates. iOS 8 includes a number of features which were inspired from jailbreak apps and tweaks but still there are lot more reasons to jailbreak your iPhone which contains iOS 8, iOS 8.0.1 and  iOS 8.0.2.

Precautions to be taken before you start Jailbreaking

The updated Pangu now includes Cydia as well which was not available in earlier versions of Pangu. The following guide will help you jailbreak your iOS device on iOS 8.x and install Cydia on it.

Step 2: Right-click on the Pangu icon and then click on “Run as Administrator”.

Step 3:  Connect your iPhone, iPad or iPod touch to your PC using USB once the software has been started. 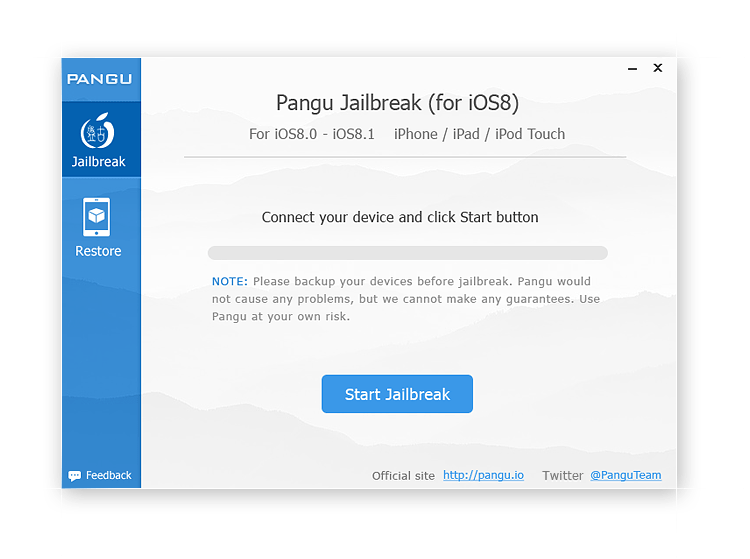 Step 4: Click on the big ‘Start Jailbreak’ button located at the bottom of the display, followed by ‘Already did’ on the next screen to begin the jailbreak process. Your device will reboot couple of times during the process so be patient.

Step 5: Once the Pangu tool says ‘Jailbreak succeeded’, that’s it. It’s done, you will find Pangu app along with Cydia app icon on the home screen. Simply run Cydia and start installing your favorite tweaks!