This Woman Fact-Checked Donald Trump And People Loved It

This Woman Fact-Checked Donald Trump And People Loved It

“Thank you for your concern, but do not use France as an excuse for your arseholery.”

On Friday, a man armed with two machetes attacked a military patrol at the Carrousel du Louvre, an underground shopping centre in Paris. He injured a soldier, and was himself wounded in the stomach by bullets fired by another soldier. 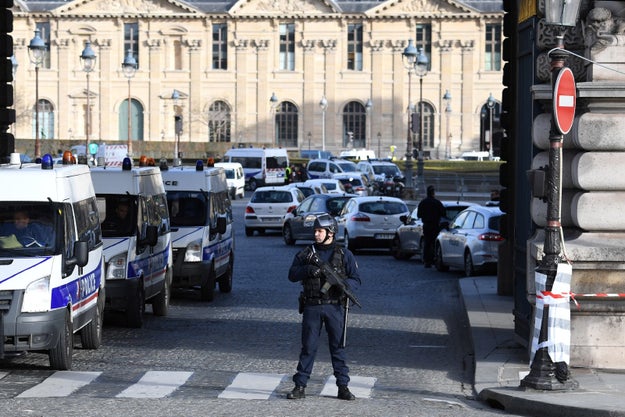 An investigation was opened into “attempted aggravated murders in connection with a terrorist enterprise”.

Egie Wild (a pseudonym), an English speaking Parisian, decided to answer the American president, point by point, via a Facebook post. Since being posted on Friday, her post has been shared over 200,000 times.

Dear Mr Trump,
thank you for your concern.
A man has indeed attacked a soldier with two machetes this morning in Paris.
It wasn't in the Louvre Museum, it was in the Carrousel du Louvre, which is a mall. (Less symbolic than what you're implying.)
He didn't attack any tourist (or french people -apart from the soldier- either, by the way, thank you again for your concern) and he was instantly attacked back by another soldier, and wounded.
The crowd has been kept inside after that by order of the army for security reasons, but not for any kind of hostage situation. (Your tweet is -voluntarily?- ambiguous)
France is not on edge again, at all. I learnt about the attack 10 hours after it happened (even though it was in the media earlier), and I spent 1h30 in another mall in Paris at lunch today without any kind of military reinforcement (I mean, just the usual since Charlie Hebdo or nov 2015 attacks).
Oh and by the way, the man is from Egypt, you know, the country you didn't ban from entering the US (because of your personnal affairs?)
Again, thank you for your concern, but don't use France as an excuse for your arseholery. You're the one encouraging fear with your distortion of truth.
Regards,
Egie Wild
PS : GET SMART U.S. : Don't believe anything that he says without checking facts first.