Organizers Of The Women's March Are Planning A Strike

Organizers Of The Women's March Are Planning A Strike 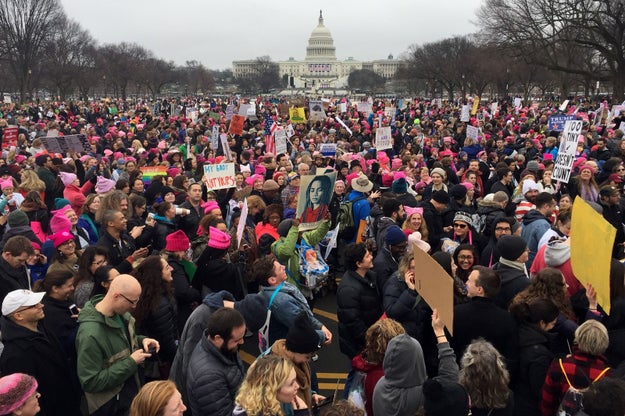 Organizers of the Women's March, the wildly successful protest in D.C. and cities around the country, are planning a strike, on a date still to be determined. “The will of the people will stand,” they tweeted Monday morning.

A spokesperson said they have no further comment or information at this time, beyond the Twitter announcement:

The call comes after two strikes by majority-immigrant groups affected by the Trump administration's immigration ban made national headlines.

At JFK airport in New York City, members of the New York Taxi Workers Alliance went on a one-hour strike in solidarity with protesters gathering at the airport. A week later, members of NYC's Yemeni-American community shuttered their grocery stores and held public protest in Brooklyn alongside thousands of supporters.

A third movement, #GrabYourWallet, has called for a boycott of Trump brand products. Since it began, Nordstrom has pulled Ivanka Trump's line from its stores. The #DeleteUber hashtag reportedly led to more than 200,000 deletions of the app, in protest of CEO Travis Kalanick's cooperation with the Trump administration. Last week, Kalanick said he would step down from the White House economic advisory council.

In the past year, women's strikes have taken off globally as a force for protest. In Poland, Parliament rejected a law restricting abortion after more than 100,000 women staged a one-day strike last October. In France, women across the country walked off work early to protest the gender pay gap in November.

BuzzFeed News has reached out to the February 17th strike organizers and the organizers affiliated with the SEIU local planning a general strike and will update with any comment.