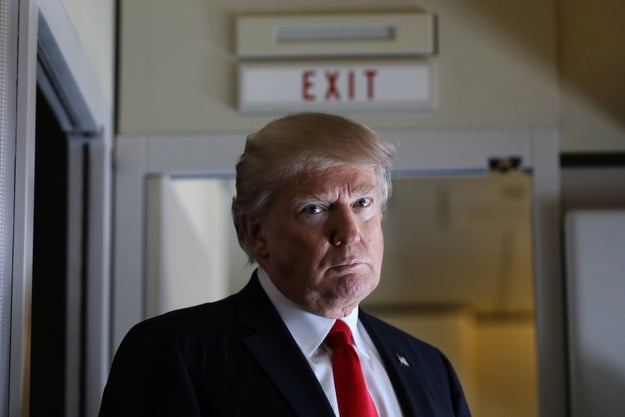 Tech industry titans — including Google, Apple, Facebook, Microsoft, Uber, and Twitter — have signed the amici curiae (friends of the court) brief that was filed early Monday in the US Court of Appeals for the Ninth Circuit. The brief comes in opposition to the Justice Department's request that the appeals court allow the federal government to restart enforcement of the executive order.

The companies — supporting the arguments of Washington and Minnesota challenging the ban — argue that Trump's order violates immigration law and the Constitution.

“For decades, stable U.S. immigration policy has embodied the principles that we are a people descended from immigrants, that we welcome new immigrants, and that we provide a home for refugees seeking protection,” the brief begins. “At the same time, America has long recognized the importance of protecting ourselves against those who would do us harm. But it has done so while maintaining our fundamental commitment to welcoming immigrants — through increased background checks and other controls on people seeking to enter our country.”

The tech companies argue that the Trump administration order marks a “sudden shift” in American immigration rules. Not only does the travel ban inflict “substantial harm” on US businesses — through more difficult recruiting, increased costs, and disincentives to expand operations in the country — but the tech companies argue the order also “violates the immigration laws and the Constitution.”

The lawyers who wrote the brief, Andrew Pincus and Paul Hughes of Mayer Brown, also are counsel in the challenge to Trump's order relating to the treatment of affected people coming into Dulles International Airport.

Box CEO Aaron Levie told BuzzFeed News in a statement: “The executive order on immigration goes against our core values as a nation. We are proud to join leading organizations in highlighting to the courts how the order is unconstitutional, unjust, and economically unsound.”

Last week, Amazon and Expedia filed sworn statements in support of Washington state's lawsuit against the Trump administration. While Amazon did not sign onto the tech industry amicus brief, a spokesperson for the company told BuzzFeed News that Washington Attorney General Bob Ferguson preferred that Amazon not do so, since the company is a witness in the original suit. “We have been a core part of the attorney general's action since the beginning, with our own filing in support of the original lawsuit,” the spokesperson said.