The protests, which began last week after the government passed a controversial bill, has only grown bigger. 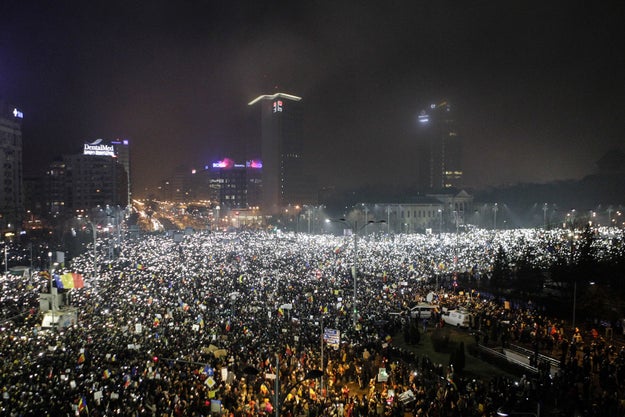 The protests, which began last week in response to the government's controversial decree decriminalizing corruption charges, have grown bigger despite the government's announcement on Sunday that it was revoking the bill. Some demonstrators say they now want the government of Prime Minister Sorin Grindeanu to resign.

Protesters also fear that despite the late-night abolishment of the corruption decree, the government will attempt to pass an only slightly modified law instead — effectively still freeing a number of officials jailed for small-scale corruption charges.

The rallies held last week were estimated to include nearly 250,000, already the largest gathering since the fall of communism in 1989. But on Sunday, the crowd size doubled according to estimates from protests taking place across the country, with hundreds of thousands congregating around Bucharest's Victory Square.