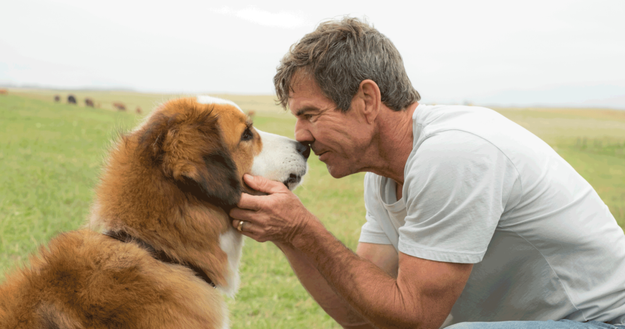 An independent investigation into a leaked video of a frightened German shepherd being forced into a turbulent pool of water while filming A Dog’s Purpose has found that no animal abuse occurred.

Release of the controversial video days before the film debuted prompted outrage, threatened boycotts, and ultimately led to the cancellation of the movie's press junket and red carpet premiere.

The American Humane Association on Friday released the results of an independent, third-party investigation conducted by an animal cruelty expert who concluded that edited video footage obtained and published by TMZ did not accurately portray what happened on set.

The investigator concluded there was “a full spectrum of preparation and safety measures” in place during the filming of the scene, which portrays a dog jumping into rushing water to save a child from drowning. Hercules, the German shepherd, was “selected for his love of the water, and had been professionally trained and conditioned for the water scenes over the course of six weeks using positive training techniques,” according to the report.

The investigator also found that not only was one of the AHA’s certified animal safety representatives on set, but that there were five other experts on hand to “supervise and safeguard the dog.” After Hercules became briefly submerged in the pool, animal handlers took the dog out of the water and placed him in a warming tent, where he received an examination that found no signs of stress, according to the report.

A followup checkup last week confirmed that Hercules is healthy.

Eyewitness statements provided to the investigator also concluded the “dog was treated with great care, attentiveness and respect” during filming, according to the report.

However, investigators did find that the handling of the dog “should have been gentler and signs of stress recognized earlier.”

The footage, which was reportedly filmed in a pool outside Winnipeg, Canada, in November 2015, shows the dog struggling to avoid going into the water before eventually being forced in.

“Although the dog was momentarily stressed, based on studying additional footage not included in the video, body posture, and the fact that he quickly and willingly went into the water and performed the scene soon afterwards, a separate, independent board certified veterinary behaviorist brought in to examine the events concluded that there was ‘no lasting stress response or conditioned fear of the water as a result,” the report states.

“We are the first to address and fight cruelty and abuse, and no such things happened on the set of a A Dog’s Purpose,” Kwane Stewart, the veterinarian who heads AHA’s “No Animals Were Harmed” program, said in a statement.

The findings appear to back the assertions of the film's producer, Gavin Polone, who said the video was misleading.

In a column in The Hollywood Reporter, Polone said rehearsal footage of the entire day shows the German shepherd “not only unafraid of the water, but desperate to jump in.”

He believes Hercules was “spooked” after being asked to film the scene from different, unrehearsed vantage point. He also questioned the timing of the release of the footage so long after it was filmed and right before the film's debut.

Despite the controversy and calls for boycotts, the film pulled in more than $18 million during its opening weekend to claim the No. 2 spot.

LINK: This Video Of A Dog Being Forced Into Water For “A Dog’s Purpose” Has Prompted An Investigation