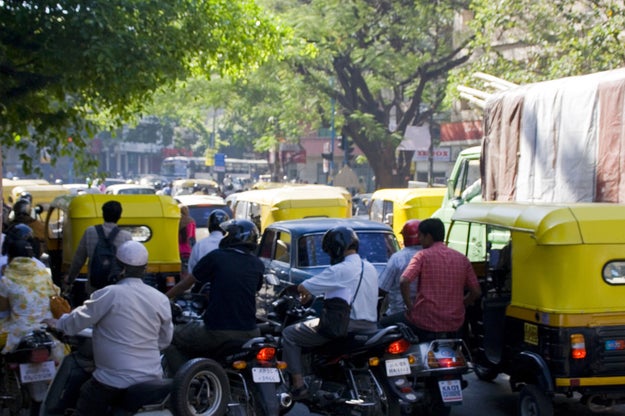 Uber has kicked off a brand new campaign in the Indian state of Karnataka, home to Bengaluru, often known as India’s Silicon Valley, to stop authorities from banning UberPOOL, the company’s carpooling service.

Last week, Karnataka’s Transport Department demanded that ride-hailing services like Uber and its Indian rival Ola stop carpooling services in the state since they violate an archaic clause in the country’s Motor Vehicles Act that does not allow cabs to pick up and drop multiple passengers before ending a single ride.

Uber said that the company is engaging with the government to sort out the issue but declined to comment on whether it will actually halt carpooling services. Ola did not respond to BuzzFeed News’ question.

Uber’s campaign, which seeks 50,000 signatures to “support ride-sharing in Bangalore”, is the latest example of how the company aggressively rallies riders around its cause each time it bumps up against regulation in India, Uber’s most important market outside the United States.

In December, India’s federal government released guidelines to regulate the country’s taxi industry, finally making ride-hailing apps like Uber and Ola, which had so far been operating in a regulatory gray zone, legal in the country. Despite the federal guidelines, however, each Indian state can still frame its own regulations around its taxi industry.

Carpooling is considered an important service in India’s congested cities. In Bengaluru, notorious for some of India’s worst traffic gridlocks, UberPOOL rides account for nearly a quarter of the company’s total rides, an Uber spokesperson told BuzzFeed News. Ola declined to break out carpooling numbers for its platform.

Since the Karnataka government’s order, both Uber and Ola have been aggressively touting statistics about how carpooling leads to reduced fuel consumption and carbon dioxide emissions.