These Refugee Grandparents Were Finally Allowed To Flee Ukraine. Then Trump’s Order Stopped Them

These Refugee Grandparents Were Finally Allowed To Flee Ukraine. Then Trump’s Order Stopped Them 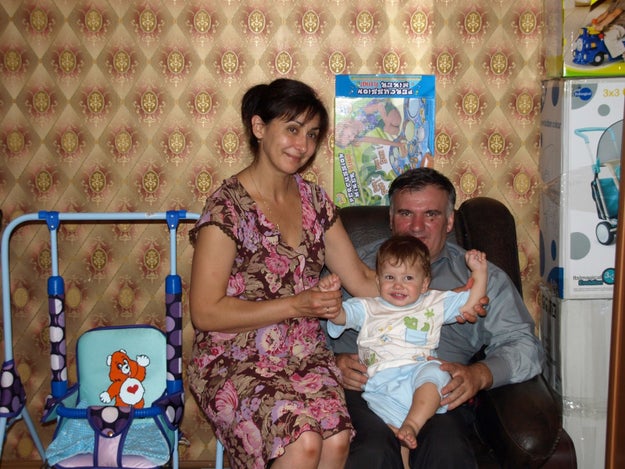 Instead, on Monday, he got a phone call that George and Larisa Gabliya, granted refugee status by the US in November 2016, would not be coming. They, like an estimated 20,000 others, had been blocked from entering the country by President Donald Trump's executive order halting the refugee program for 120 days.

“It’s awful, especially because they are older parents, they are not young anymore. They want some kind of security in their life, and right now they don’t have any security, or even a place to live,” Karpenko told BuzzFeed News.

Karpenko said his father and mother-in-law were granted admission into the US as refugees in November 2016, fleeing religious persecution and the conflict in Ukraine.

They began to prepare, and as required by Ukrainian law, they gave up their Ukrainian identification — and were left with their passport — resigned from their jobs, and sold their apartment before their anticipated departure. They are now stuck in Kharkiv, Ukraine. They’re jobless, without a place to live, and without the ability to travel outside of the country. They will be without these safeguards for at least the next four months until — and if — the ban is lifted. 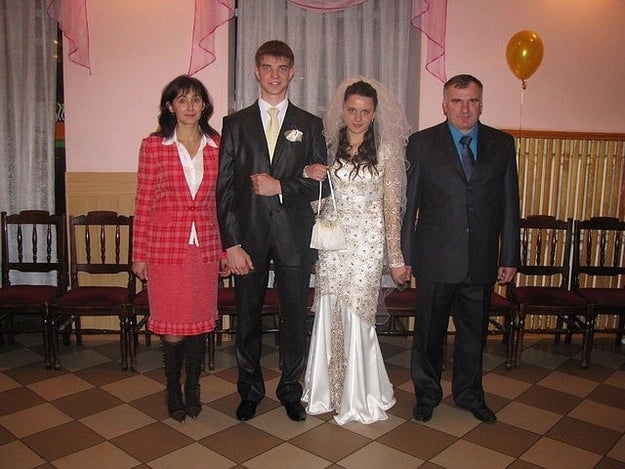 Yuri Karpenko with his wife, Kristina and her parents, George and Larisa Gablita, on their wedding day.

“My wife was crying the whole day yesterday. It’s hard, especially because it was just two weeks away. It’s like a stab in the back,” Karpenko said.

In addition to the seven Muslim-majority countries listed in the visa ban and halt of the refugee program, many more people from countries around the world have also been adversely affected. Exact numbers are hard to come by, but on Monday the United Nations High Commissioner for Refugees has said that up to 20,000 people have been affected by Trump’s executive order.

The United Nations estimates that up to 10,000 Ukrainians have died and up to 1.7 million have been displaced by the ongoing conflict in the country, which began when Russia annexed Crimea in March 2014 and then began supporting separatist rebels in the nation’s east. Karpenko said his in-laws live about 40 to 50 miles from the fighting and “have seen all the air force and tanks going through their city.”

A year after the conflict began, in 2015, Ukrainian refugees didn't make the top ten list of those admitted into the US by origin country. By 2016, that number increased sharply, placing Ukraine ranked 7th on that list, accounting for 2,543 refugees admitted into the US.

The Seattle chapter alone of World Relief, an international nonprofit that helps resettle refugees in the US, was expecting around 90 refugees from Ukraine, including George and Larisa Gabliya, in February.

For Lidija Rudenky, the resettlement director of World Relief Seattle, the ban is personal. She was once a refugee from Ukraine, fleeing religious persecution, and was admitted into the US in 1999, after more than a decade of waiting.

Rudenky called 36 families on Monday, informing each one that their loved ones would not be arriving in February. Some took the news calmly, others cried, and asked who they could complain to. By the end of the day, she said, she had lost her voice.

“Honestly, I could not speak, and I could not sleep last night,” Rudenky said, her voice distraught and trembling, on the verge of crying. “It affected me so much.”

Ukrainians, she added, “are the most vulnerable. They are already refugees in their own country.”

“America has been good to me and I want others to see the goodness in America,” Rudenky said. “But,” she said of the ban, “this was ill-conceived, to say the least.”