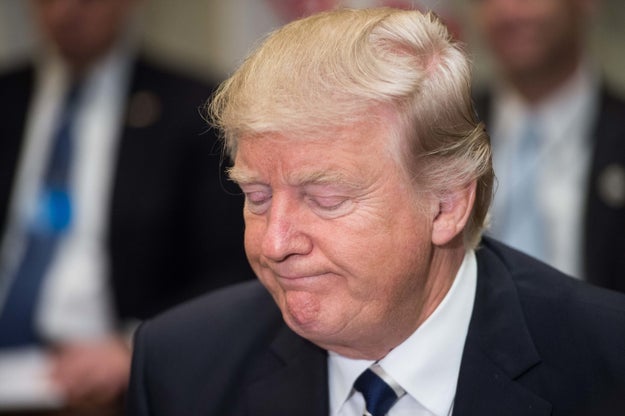 Christian groups and a Republican member of Congress criticized President Trump on Tuesday for his pledge to uphold a 2014 executive order that bans LGBT discrimination against federal contractors, revealing a rift between some religious conservatives and a president who has made overtures to upholding LGBT rights.

The critics argue the executive order, which was signed by former President Obama, hamstrings companies with federal contracts that want to make faith-driven employment decisions, while also overstepping the bounds of presidential authority.

“I cannot understand why the President would prevent people of faith to continue to contract with the military,” Rep. Steve Russell, who sponsored legislation last year to expand religious freedom for contractors, said in a statement to BuzzFeed News.

Russell told BuzzFeed News in December that Trump’s staff had given him “very good assurances” the incoming president would take executive action to expand religious freedom. Yet Russell's office did not say on Tuesday if he still believes Trump will follow through.

The White House explained Trump’s decision on Tuesday morning, saying in a statement, “The President is proud to have been the first ever GOP nominee to mention the LGBTQ community in his nomination acceptance speech, pledging then to protect the community from violence and oppression.”

But two prominent Christian conservative groups worry Obama's essentially tried to create protected classes — on the basis of sexual orientation and gender identity — even though those characteristics are not explicitly recognized by the Civil Rights Act of 1964.

Trump “made a mistake” by pledging to uphold the nondiscrimination order, which also protects transgender people in the federal civilian workforce, said Ryan Anderson, a policy researcher for the Heritage Foundation.

“Many organizations, including faith-based groups, have beliefs about human embodiment that people are male and female — and that females and males are made for each other — and that the federal government shouldn’t penalize those groups when they operate according to their convictions,” he said.

During the campaign, Trump vowed to sign a bill, if it reaches his desk, that would protect people and businesses that act based on their religious objection to same-sex marriage.

Conservative and progressive activists alike believe Trump could enact a decree that partly mirrors that language.

Yet Trump's decision to leave the 2014 order intact frustrated Liberty Counsel, which rose to widespread notoriety by representing Kim Davis, a county clerk in Kentucky who refused to issue marriage licenses to same-sex couples. The group said Obama's order “imposes the LGBTQ agenda.”

“The fluid and subjective term 'gender identity' does not prevent discrimination in the workplace but rather injects in the workplace an agenda that is harmful to businesses and to other employees,” Staver said. He claimed the order's protections for transgender women to use facilities that match their gender “opens women's restrooms to men. To force businesses to be at the mercy of a person's subjective and changing thoughts or be forced to allow those with ill intent to cause harm is absurd.”