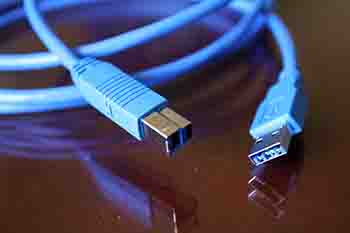 The USB 3.0 Promoter Group has announced that a major update for the ubiquitous interface is currently in the works, in an effort to double today’s 5Gbps transfer rate to a Thunderbolt-matching 10Gbps. The speed boost is still a bit far off, though. The updated specification should be done in mid-2013, which “will enable initial products to appear in late 2014 with a much broader availability of products in 2015.

Computers and other devices will need new chipsets to take advantage of the speed. The same connectors will be used, but while existing USB devices can be plugged into the higher-speed ports, the USB Promoter Group says it’s possible cables available today might not work at 10Gbps since they’re not certified for those speeds.The updated standard will also bring better data encoding for transfers and significant improvements to the ability of transferring power over USB. Although no specifics were mentioned.

USB 3.0 has seen some healthy adoption over the last year, with hundreds of certified devices now on the market. It took quite a while to get here, though, considering the specification was finished in 2008.