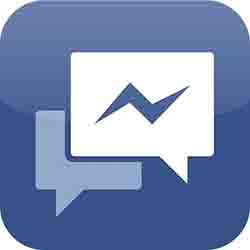 Facebook has updated its Messenger app for Android and iOS devices with support for voice messaging . Users can tap on the + button and then choose record and hold down the record button. The app will record the voice message and will sent it to the recipient as the button is released.

Facebook is also testing a Voice over Internet Protocol (VoIP) feature with iPhone users in Canada, in what seems to be an attempt to take on Sype and Google Voice. If the Canadian testing is successful, Facebook is expected to introduce the VoIP feature to US and Europe.