by techfeatured
in Android, News, OS
0 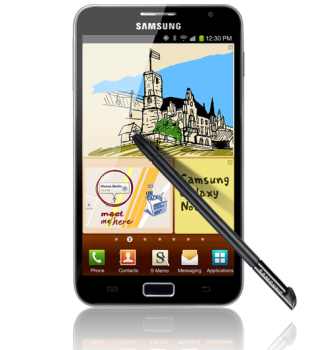 Good news for the users of the first generation Samsung Galaxy Note N7100. Samsung  has confirmed that the original Samsung Galaxy Note will get the Android Jellybean update and full Premium Suite experience  which the current Note2/Galaxy SIII devices have but here is no word on a confirmed date on when the update will arrive.
The 5.3-inch display device will get Android 4.1 which has Project Butter for ultra slick UI gestures also the Google Now service .

There are other new features coming to the Note N7100 which are already on the Galaxy Note II, as a part of Samsung’s second Premium Suite update.

The most popular feature is the Multi Window feature, which allows two open apps to be running on the screen at the same time. More apps have now been made compatible with this feature, which includes Notes, Video and the web browser. Handwriting using the S-Pen will also be enabled within the email and the S-Planner calendar applications. The new Easy Clip feature allows for single line text selection. Then, there are the Photo Note and Photo Frame apps, for images taken with the Note’s camera.