by techfeatured
in News, Tech Tips
0

Facebook has launched a new scheme under which the company is offering Rs. 50 worth of talktime to new users who sign up via a mobile device. Under the new plan – first spotted by Plugged.in – users have to visit m.facebook.com/tt and register for the free talktime. Users can also refer others to join Facebook and get the same Rs. 50 talktime benefit if they sign up.

Facebook tells us this is just a test for now. It follows on from Facebook Zero, a mobile-only site where users in select countries can access Facebook free of charge. Like Facebook Zero, Talktime’s aim is to drive more usage in emerging markets, where users are more price sensitive to using their phone credit for more than essential voice calls and texts: 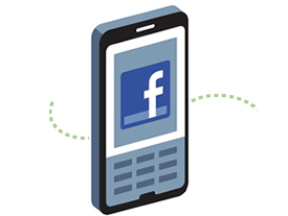 “We partner with a number of telecoms companies around the world, many of whom offer incentives for their customers to use Facebook, such as zero rating mobile internet access to the service.  This test is another such initiative,” a spokesperson from Facebook.

The process for the registration is pretty simple. You have to visit m.facebook.com/tt and follow the instructions appearing on the screen. New users don’t require an e-mail address to complete the signing up formalities. All you have to do is give your mobile phone number. According to Facebook, talktime will be credited to users’ account within three days of time.