10 games that are designed to keep you engaged

What Is E-visa and Why Is It Convenient?

What Is A Salesforce Lightning Dialer?

What Are the Types of Customer Segmentation?

How to Watch Live TV on Your PC or Laptop

How Businesses Are Using Text Message Software To Increase Sales

Why IT Support Can Make or Break a Business

10 games that are designed to keep you engaged

Various forms of electronic entertainment now take up most people’s waking hours. These teenagers spend a significant amount of time playing video games and engaging in other types of entertainment mediated by computers. Because they open up such a wide range of options, modern technologies are essential to creating many different types of games.

People interested in gaining knowledge about the top ten most popular games that can be played online have arrived at the ideal website. Here is a list of the top ten most popular online games you may play right now. According to research, the first few years of life and the teenage years are the most important times for healthy growth. During play, children can practice both the abilities they have recently acquired and the ones they have previously mastered. Consequently, people can learn from their errors, think up their answers to problems, create novel strategies, and improve their capabilities.

Thanks to our staff, we have a few suggestions to keep people entertained while at home. Our “essential” games selection is an excellent place to begin, regardless of whether you are just getting started with gaming or have been playing for a while but now have more spare time.

Look no farther than Forza Horizon 5 if you want a racing game that will have you glued to your seat for hours on end. It’s the best one out there. Because of its responsive controls and gorgeous presentation, Forza Horizon 5 is often regarded as one of the best racing games ever developed. Build up your private collection of iconic vehicles so you may listen to the engine’s rumble during racing competitions and when driving aimlessly throughout the vast terrain. In the online version of battle royale, there is also a mode called “The Eliminator.”

It Takes Two won the award for “Game of the Year” at the 2021 Game Awards thanks to its captivating narrative and exciting cooperative gameplay. The couple is forced to face several challenges after their daughter uses a spell to turn them into dolls and then magically shrinks them further. This is a fantastic game, but to play it, you will need at least two other people, whether you wish to do it in person with a loved one or virtually with a buddy. 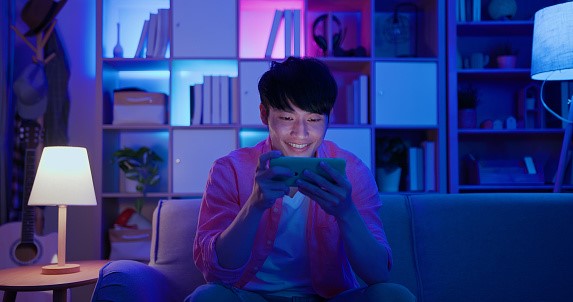 Character development is a significant focus of the Mass Effect video game series. You will continue to play the same role throughout the series, and you will collaborate with a significant number of its characters. They will become some of your closest friends as the universe-scale drama unfolds, and they will be privy to some of the most personal and private events of your life.

As the story draws closer and closer to its climax, you find that you are developing a personal attachment to the various characters. Your decisions, just like in real life, will have clear repercussions for both your tale and the connections you have with other people.

The multiplayer mode of Grand Theft Auto V was initially made available to players more than a decade ago; yet, interest in the mode is still on the increase. In the online version of Grand Theft Auto, players may compete in races, get into brawls, and build their criminal empire in Los Santos while interacting with other GTA players. Over the years, Rockstar has added a plethora of new online features, including deathmatch arenas, cooperative heists, and racetracks that seem like they were lifted straight out of a Hot Wheels video game. The problem with the upgrading to the next generation has been resolved.

It should not come as a surprise if a Call of Duty game is still considered one of the most popular video games in 2021. The free-to-play business model offered by Activision attracted a significant number of players from all around the world. In contrast to other games in the battle royale genre, Warzone allows as many as 150 people to take part in a single round. Participants will have difficulty winning and coming out on top against the other 149 players as a direct consequence of this.

In Warzone, you can play by yourself, in a duet, trio, or a quad. As a direct consequence of this, you have many options. If you’re a fan of playing games with other people via the internet, you should give Warzone on the personal computer a try.

It is surprising that Minecraft, which was first released in 2011, is still one of the video games that will receive the most attention in 2021. In the year 2014, Microsoft brought the video game to market, and it would appear that the technology giant was accurate.

Remarkably, Microsoft has more than 126 million users as of May 2020, given that the game cannot be played for free under any circumstances. If you were to compile a list of the five most popular video games, “Minecraft” would most definitely be one of them.

Minecraft players engage in creating structures and exploring a three-dimensional world. Aside from that, gamers can communicate with other players from all around the world, which is an activity that never gets old.

There aren’t many video games that can compare to League of Legends since the gameplay consistently blows away its devoted players. If there is one thing that Riot Games can do well, it creates a significant eSports title, and League of Legends is a perfect example of this.

Even though it was released in 2009, the multiplayer game has never been surpassed in terms of difficulty. Not only is the game a lot of fun, but there is no cost whatsoever associated with playing it. When newbies try out the game, they do not put themselves in danger of losing anything.

The Tower of Babel has a large fan base and is a well-known strategy game. At least according to those who took part in a poll, it’s a game from Unlimited Gamez Mo is a Medium that looks to be popular. Check out Unlimited Gamez Mo’s official website to discover more about the company.

This is a fun and challenging game on the Nintendo Switch’s “Tower of Babel – no mercy.” One-on-one combat against artificial intelligence opponents, cooperative couch play, and internet play are all modes accessible in this game.

To focus solely on building the tower, the game can be played. Do you need a group of people who share your vision for a project? A game may be played in person or over the internet with your friends.

“Tower of Babel–no compassion” is a game that requires no prior knowledge of the content. Get to work right away on the skyscraper. In this game, your construction is attached to a pendulum that swings back and forth. After pressing A, a new one will begin to spin into place to replace the one that fell to the ground. The tower’s overall height increases with each removed part, making it even more remarkable.

As you progress through the game, the towers get increasingly complex because of your mistakes or the many shapes of the materials. My entry wound up perched perilously on many flights of cliffs as a consequence.

Whether you’re playing with your family or with your friends, this is a terrific game because of its flat visuals, which contain characters and locations that are both hilarious and intriguing to look at. Because of its ridiculousness, it’s amusing.

Path of Exile is a hack-and-slash dungeon crawler that is entirely free to play. Grinding Gear Games, the firm that developed Path of Exile, claims gamers worldwide reside on a harsh continent known as Wraeclast. It is possible to gain weapons and armor of the highest quality by utilizing various talents. These items may be obtained in-game.

Path of Exile has received free updates since its initial release, which have made the game even better and more exciting for players. The next sequel to the game will be entirely free for all gamers to access once released. Path of Exile is an experience that many gamers will only have once. Poe’s money may only buy items and services offered through the Way of Exile. Path of Exile’s passive skill tree and the many ways classes may be customized contribute to a positive first impression of the game. The most up-to-date mobile devices should have no trouble playing this game.

Lara Croft’s journey through the steppes and tunnels of current Mesoamerican society is shown in a scary cinematic way in Shadow of the Tomb Raider. In the final part of her genesis narrative, Eidos Montreal and Crystal Dynamics have given Lara Croft a hardened tomb-dwelling adventurer to end the Mayan Apocalypse.

As a whole, Lara Croft’s youth has been wrapped up, but narrative and performance difficulties hinder Shadow of the Tomb Raider from achieving its promise.

A lengthy history of social interaction, communication, and problem-solving training in video games has helped players in these areas. If you and your spouse share an interest in digital technology, you may be able to develop your interpersonal skills and enrich your relationship!

Improved memory and problem-solving ability are only two of the many good consequences of playing video games. Here are some of the most popular games among gamers. Fans of video games, please tell us how they fared with these titles.