Nostr, a simple P2P protocol that works, was built by builders

Choosing Nim out of a crowded market for systems programming languages

Marketers need to shift from defense to offensive

Here’s What Happened to the 1968 Dodge Charger From Bullitt

by techfeatured
in Latest Tech, News
0

AMD has recently announced it’s latest chip with Zen 3 architecture called Ryzen 7 5800X3D, this chip will be released on April 20 2022. This is a 3D stacked chip that will cost $449 at launch, this price is same compared to Ryzen 9 5900X after heavy discounts. Team Red is positioning the chip as a competitor to Team blue’s Core i9-12900K in gaming performance.
AMD has confirmed that the Ryzen 7 5800X3D does not support overclocking. This shouldn’t be a surprise for anyone who has been following leaks and rumors of the newest powerhouse chip. What is surprising, however, is the exact reason why the company decided to disable overclocking on the Ryzen 7 5800X3D.
As per AMD’s Director of technical marketing Robert Hallock, ZEN 3 processors without 3D V-Cache will be having voltage range of up to 1.4 V, but for ZEN 3 processors with 3D V-Cache the voltage of the chip is limited to only 1.35 V to ensure stable operation. Also, 5800X3D’s base speed is 3.4 GHz which is 400 MHz lower than Ryzen 7 5800X’s 3.8 GHz and boost clock speed is 4.5 GHz which is 200 Mhz lower than 5800X’s 4.7 GHz. “On the other hand, fabric overclocking remains enabled, memory overclocking remains enabled, and we know that our parts get the most benefit from that anyway”, explained Hallock. This does not mean 3D V-cache chips will not support overclocking in the future, once AMD solves all the issues of 3D V-cache with this new CPU cache design, we may get chips with overclocking support in future. 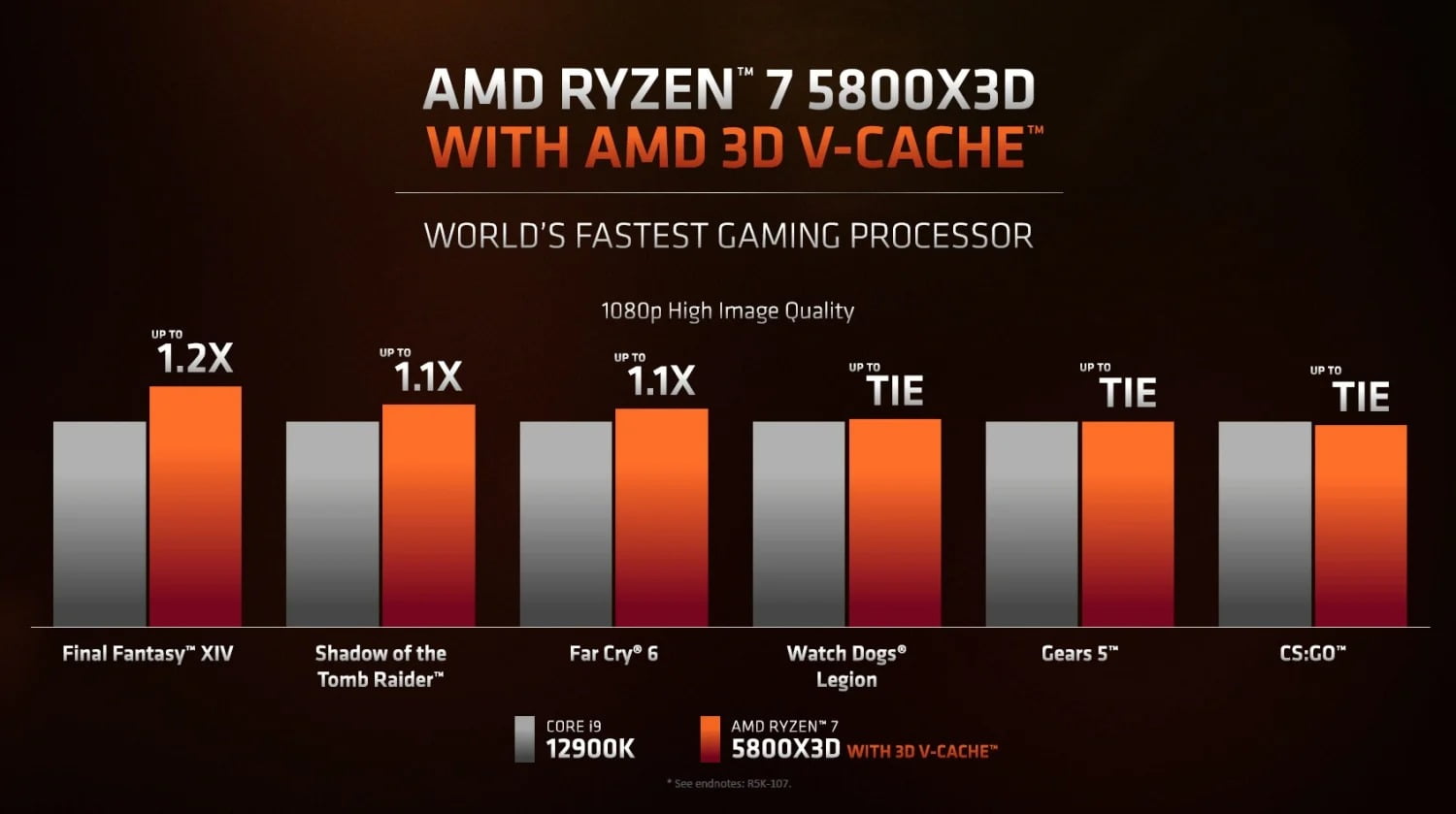 The Ryzen 7 5800X3D maxes out at 4.5GHz, and you won’t get any more out of the chip than this (the base clock is 3.4GHz). As you may realize, that’s 200MHz slower than the boost of the existing 5800X itself (4.7GHz) – and there’s an even greater disparity of 400MHz in base speeds. On paper, it looks like a slow processor but the fancy new 3D cache ramps up gaming performance considerably and this CPU is 15% faster than the 5900X in gaming, according to AMD’s own testing. 5800X3D is going to be great for gamers, even with that slower maximum boost, and lack of overclocking, taken into account. However lot of gamers will not be interested in overclocking or tampering with the processor and this is a great news for them that this processor is perfect for them without any tinkering.