Mobile Gaming Trends to Watch In 2020

What Are the Requirements in the Business Intelligence Platform?

Mobile Gaming Trends to Watch In 2020

If you’re a casual gamer, chances are you get most of your gaming done on your smartphone. Indeed, mobile phones have become the haven for casual gamers, with titles like Candy Crush and Angry Birds becoming pop culture titans. However, smartphones are also fully-fledged gaming platforms thanks to their ability to play near-console quality titles.

As we continue to move into 2020, there are several mobile gaming trends to look out for. In this article we will detail the biggest influencers on mobile gaming this year and what they mean for the industry. 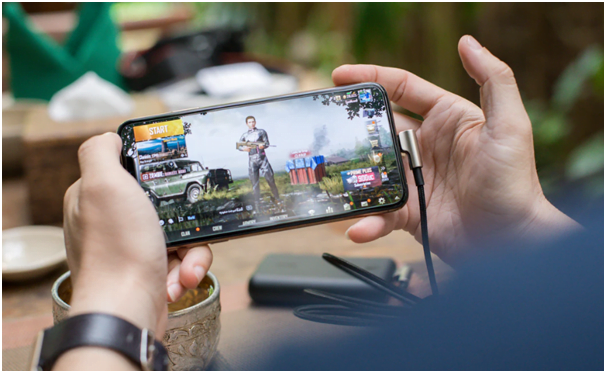 For example, developers of triple A titles are increasingly paying attention to mobile with console-quality games. Then there’s online casino gaming, which is redefining what casual gaming can be. Elsewhere, there is a slow movement towards game streaming on mobile and cloud gaming could become increasingly popular this year.

Starting with online casinos, we have already seen how mobile technology has dramatically changed the casino industry. People are now able to access online casino games or even search for land-based casinos on websites like nj-licensed-casinos from their smartphones. This increased accessibility has done something important for the casino realm.

Specifically, mobile technology has helped to introduce casino games to new demographics, such as millennials. More people are now playing online casinos on their smartphone. Versatility is also important, such as the fact users can choose to play online casino games for real money or for free.

Game developers have woken up to the rise of online casinos on mobile and are now creating social casino games. These are titles that are only for fun (no money transactions) and typically offer some stylistic twist on classic games like poker and slots.

While mobile gaming has been high concept for nearly a decade, many major franchises initially stayed away from smartphones, preferring to stick on console and PC. In recent years that has changed. Increasingly, major developers are bringing their Triple A franchises to mobile technology. Importantly, for some of the biggest games in the world the mobile experience is exactly like the console experience.

The best example is Fortnite, which is the biggest game on the planet and is equal across mobile, PC, and console. In fact, the mobile gaming model helped to define Fortnite. The game is a freemium title, which means it is free to play and the developer (Epic Games) makes money from players buying added content. This freemium model was unheard of on console in and PC but was widely adopted on mobile.

Through 2020, expect to see more triple A console titles make the jump to smartphones, such as Call of Duty: Mobile. As mobile screens become sharper and processors more powerful, the best console games will continue to improve on smartphones.

During 2020, a technological movement will begin to redefine all kinds of gaming in measurable ways. Cloud gaming allows users to access titles across form factors and could one day eliminate the need to have powerful consoles or even smartphone games. For example, Microsoft’s xCloud platform allows users to play Xbox One titles on a smartphone, PC, tablet, and console without losing game quality. This is possible because server resources run in the cloud, which means the host device does not need high computational power.

In the near future, cloud gaming could reshape how we play games on mobile and beyond, allowing all games to run on a smartphone.