No Result
View All Result
Home How to's

by techfeatured
in How to's
0 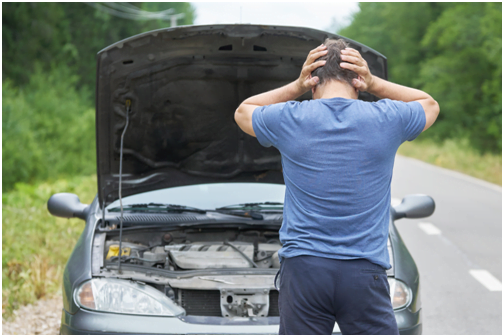 Your car is one of your best friends. Until it has a breakdown, that is.
Car problems are bound to happen at some point during your vehicle’s life. However, it’s not always easy to tell the signs of a problem that can end up costing you a lot of money.

Your engine puts out a lot of power, but it’s not supposed to vibrate the entire car while doing so.

It could be a matter of just changing the sparkplugs or getting a tune-up. However, there could a much more expensive problem waiting under the hood: your motor mounts could be failing or your timing belt might need attention.

These can cover a wide variety of problems with your vehicle. For example, it could happen every time you hit the brakes (indicating you need new brake pads or another issue.)

However, it could also mean a belt in your engine compartment needs to be replaced. While the belts themselves usually aren’t too pricey, the cost of labor for belt replacement can be.

3. Unusual Smoke From Your Tailpipe

Generally, a healthy car shouldn’t have a tinge in its exhaust. But blue smoke can mean your engine seals are wearing and oil is burning. Black smoke can mean your car is overburning fuel, which could be down to a dirty air filter. But it could also be a problem with your fuel return line.

Even thick, white smoke can suggest a major issue. It could point to a blown head gasket in the engine. In this case you’ll need to bring it to a mechanic to know whether it’s worth fixing or if you should find someone who buys cars that don’t run.

Your car has a pretty extensive cooling system to keep in within safe operating temperatures. So if you notice if your car is overheating often (and you’re not regularly driving through the desert), then it’s a good sign that something has gone wrong.

One of the reasons could be that you have a coolant leak. Check under the car for drips or the reservoir to confirm if the levels are correct.

It could also be a sign of a failing water pump. If that’s not the issue, then you’re probably looking at a new radiator.

5. Your Warning Lights Are On

Newer cars have advanced technology that can give warning signs of common car problems. However, you will likely still need to bring it to a mechanic to diagnose car problems.

In some cases, it could be a sign that something is very wrong and that you shouldn’t drive the vehicle until it’s been checked out. But ignoring the bright lights on your dash will just lead to headaches down the road.

There can be a variety of ways your vehicle is telling you that you have car problems, so learn how to read the signs. Also, don’t ignore warning lights and have a mechanic check over your vehicle periodically.

If you enjoyed this article, be sure to come back often for more automotive content.