The Black Panther star says her mother was initially “horrified” and “disapproving” of her big chop.

Lupita Nyong’o is on the cover of Allure‘s March issue giving you several black girl hair moments—box braids! beads! metal cuffs!—and it’s EVERYYYTHANGGG!!! In her interview, the Black Panther star reveals why she did the big chop as a teenager and how she grew to love and care for her “African kinky hair.” 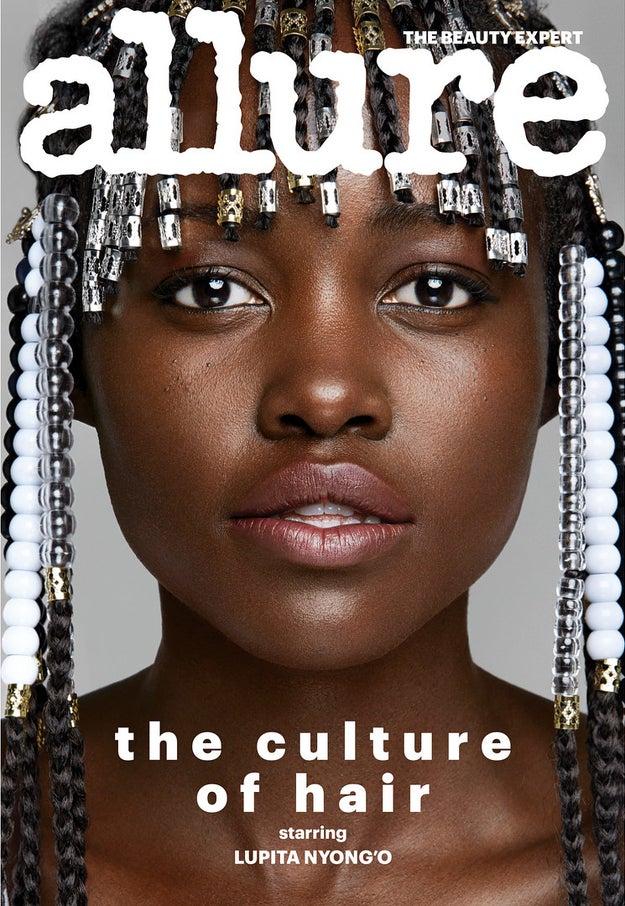 FYI, Lupita's down with the term “kinky” when it comes to her own texture. “Some people don’t like that term, but when I think about my hair, I think of it as African kinky hair,” she told Allure.

Photographed by Patrick Demarchelier for Allure Magazine / Via allure.com

The Oscar-winning actress talked about growing up “envious of girls with thicker, longer, more lush hair” and finally getting her mother’s permission to relax her natural hair after years of being teased and “feeling really unpretty.” While she found her hair easier to maintain, she soon discovered that “the upkeep of relaxed hair is a commitment,” requiring lots of time, money, and effort. 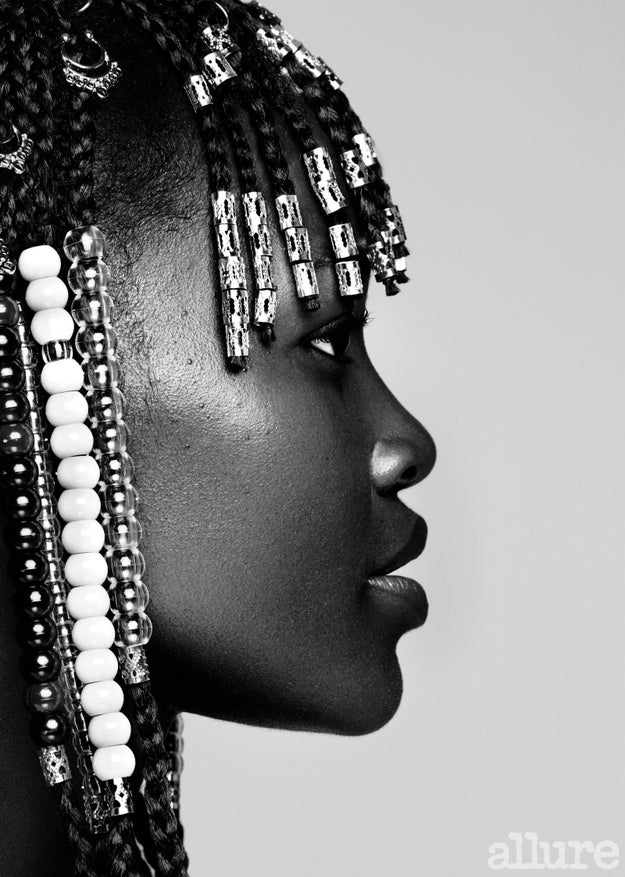 “It took styling it once a week and then having it retouched once a month,” she said. “I remember doing crazy things, like sleeping with my head above the headboard so that my curls wouldn’t get messed up for the next day. I’d have these terrible neck aches because I was determined to keep my hair as pristine as possible.”

So, when her father joked that she should just “cut it all off,” teenaged Lupita decided to just go for it several months later at a local salon. “It was almost a dare to myself: Can I live without hair?” the cover star said. “He shaved it right off. It was so scary but so liberating because I went completely bald.” 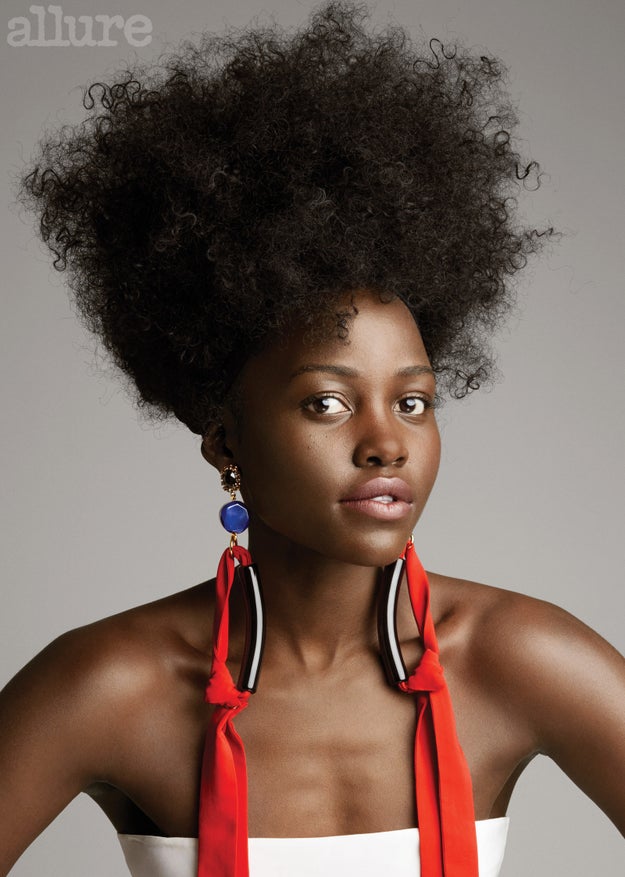 Lupita's parents had very different reactions to the surprise big chop. Her father didn't even notice at first and was amused that she took his advice literally: “We had a good laugh about it.” Her mother, on the other hand, was initially “horrified” and “disapproving,” but eventually came around. “I remember once when I was dressed up for church, she actually said, with a very quick mouth, 'You look nice.'” she said. “That was so good to hear.”

Growing up in three very different countries — Kenya, the US, and Mexico — added even more challenges to Lupita’s natural hair journey, including freezing environments in her Massachusetts college town and a lack of local hairstylists who understood how to properly style and care for black natural hair (*insert universal black girl nod here*). 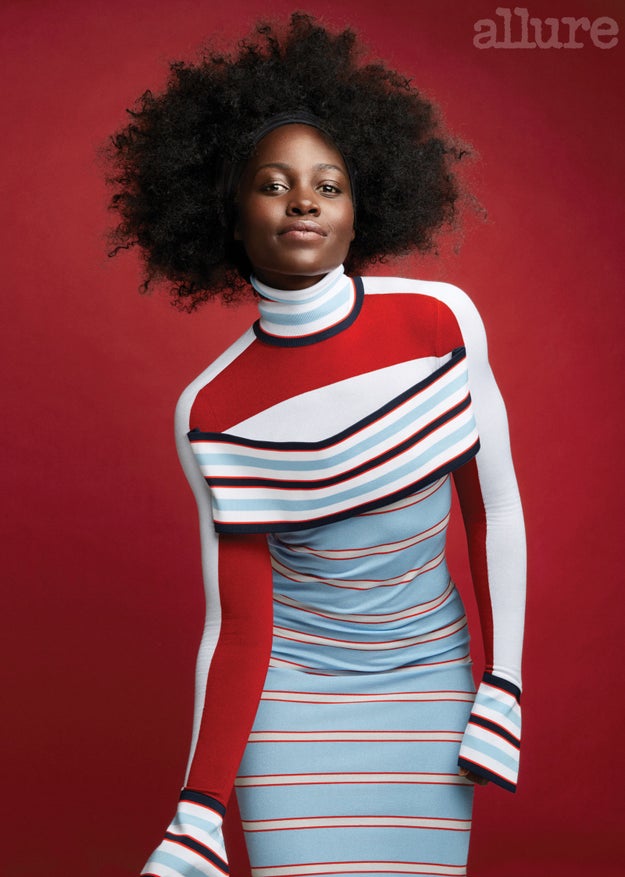 “Even in Kenya — you’d think we are predominantly African and black out there —
but when I finally had my hair natural, the hairstylist that I had been going to for so long with my relaxed hair didn’t know what to do with my natural hair and just kept offering me different chemicals to put in it,” Lupita said. “In the end I was like, 'Why don’t you know?' And he was like, 'We don’t learn how to do natural hair in school.' Now, of course, things have really changed.”

Today, Lupita’s hair is “the longest it’s been in over a decade” thanks to her hairstylist and friend Vernon François who’s helped her develop and stick to a natural haircare regimen. She swears by Vernon’s own line (“I cannot live without his Pure-Fro Moisture Spray“,) as well as shea butter and the LOC method.

Learn more about the LOC method (and the LCO method) here. 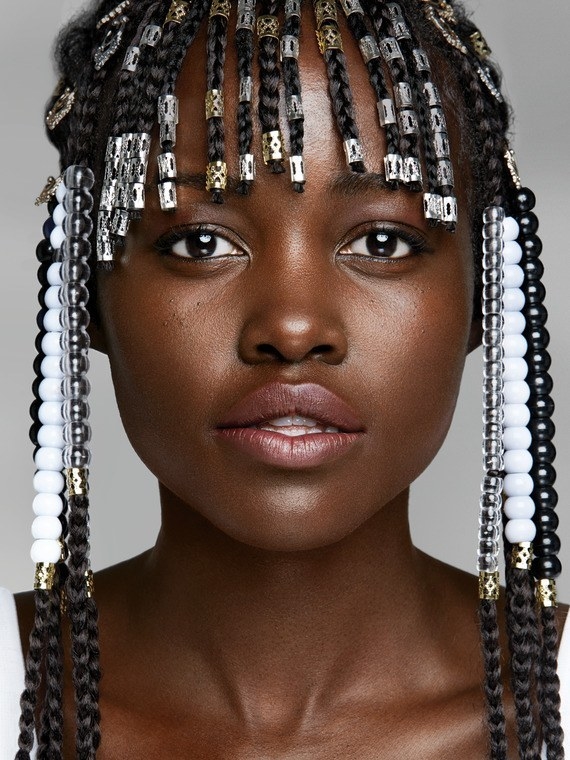 Photographed by Patrick Demarchelier for Allure Magazine / Via allure.com

TL;DR: whether you’re a little black girl growing up in Nairobi, a black person living in a hella white town, or an international superstar kicking ass on-screen and off, YOUR #BLACKGIRLHAIRSTRUGGLES ARE VALID!!!