9 Times People Were Actually Murdered By Their Clothes

Why Do College Students Love Gaming?

What is Federated Search?

What Exactly Is IT Support & Why Do You Need It

How to Composite Images

9 Times People Were Actually Murdered By Their Clothes

Basically everything can kill you, sorry.

Queen Elizabeth wore makeup made out of lead that actually poisoned her. Whoops. 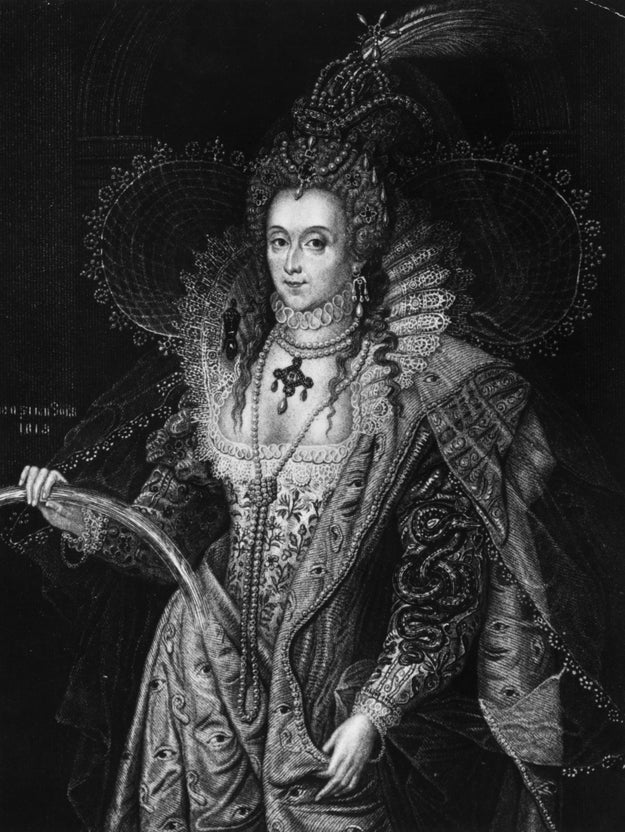 During the reign of the first Queen Elizabeth, paleness became synonymous with beauty, wealth, and nobility. To achieve the ultimate pale look, women would slather on this stuff called ceruse, which was a lead-based makeup. Did I say lead, because yeah, the makeup would often eat into the wearer's face, causing abject scarring and damage.

As Giovanni Lomazzo, an author from the time period, noted, ceruse “is naturally a great drier … women who use it about their faces, doe quickly become withered and gray headed, because this dowth so mightely drie up the naturall moysture of their flesh.” Sounds…great.

In the case of Queen Elizabeth herself, she wore so much ceruse that she ended up dying from it, slowly poisoning herself over time as the lead from the cosmetic seeped into her skin.

AND THAT'S NOT ALL.

Prevailing beauty standards at the time also called for women to have small rosy mouths and bright, wide-set eyes. In order to get the bright-eyed look, women would put drops of belladonna — aka deadly nightshade — in their eyes. Side effects included headache, dizziness, nausea, and blurred vision. WHUT.

In England in the 1500s, you could be put to death for wearing the wrong feather in your friggin’ hat. 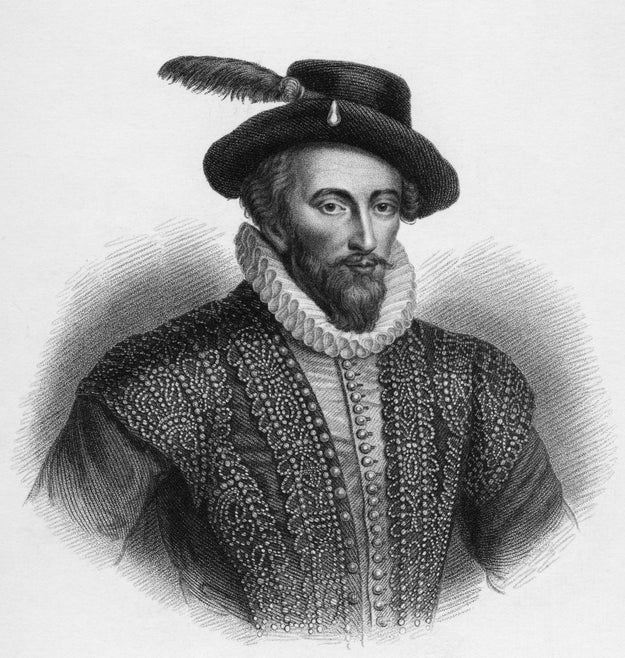 In 16th century England, sumptuary laws — laws which attempted to create class distinctions and define social norms — regulated the feathers that each class was allowed to wear. First of all, everyone over the age of 13 was required to wear a hat, which seems prettttty wild. Lower classes were relegated to wearing goose, duck, chicken or grouse feathers, while upper classes were allowed to wear peacock, ostrich, egret, swan or pheasant feathers. Anyone from a lower class spotted wearing a pheasant feather was labeled an imposter and could be put to death.

Men would sometimes choke to death on their detachable collars. 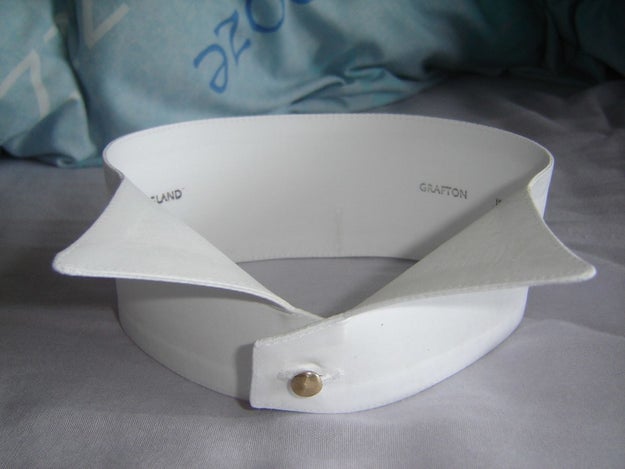 Wow, well, what a way to go. In the 1800s, men used to wear heavily starched and stiff detachable collars, which were great because they were easier to clean. Except that sometimes, after a night of heavy drinking or whatever, guys would pass out in their constricting collars and DIE from asphyxiation. In one particular case, a collar completely choked off a man's windpipe, and he was found stone cold dead on a bench. Another man died after an attack of indigestion left him with a swelled neck that was then restricted by a starched, stiff collar. Collar-related deaths happened often enough that it was referred to as the “father killer.” Damn.

Women used to get deathly ill from dousing their skirts in water. 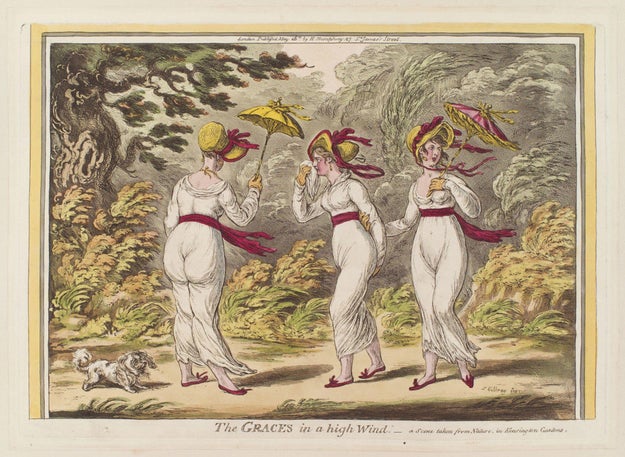 In the late 18th century, for a brief moment, it became popular to forgo all the corsetry and contraptions of femininity in favor of flowy Regency-style gowns. Regency gowns were pretty similar to Grecian togas or dresses in their simplicity, and served to really emphasize the feminine form and highlight the natural curves of a woman's body.

To really get the most out of the look, women used to wet the muslin fabric of their dresses so that it would really cling to their bodies (like that saucy lady on the left in the painting above.) Not a really big deal, EXCEPT! Intentionally wetting a gown to make it cling to your body probably isn't a great idea when it's cold outside already and you're not wearing undergarments, like the majority of middle class women of the era. Scads of women came down with pneumonia as a result of the fad. And several doctors blamed the wet muslin trend on a serious outbreak of influenza that hit Paris in 1803. They even named the epidemic “wet muslin” disease. Way to blame it on the ladies, guys.

And finally, the hobble skirt made it nearly impossible for women to walk around. 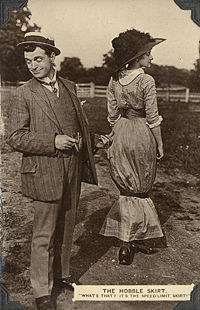 In the early 1900s, the designer Paul Poiret created a horrible contraption called the hobble skirt, which constricted women's movements from the knees down forcing them to “hobble” around taking tiny, tiny steps. Many thought the skirt made women appear more ladylike and dainty, but other felt the skirt was a safety hazard, causing women to trip and fall.

In some cases, the confinement of the hobble skirt resulted in death, as when a horse bolted through crowd and a woman was unable to move out of the animal's way. Another woman died after she stumbled on her skirt and fell over the railing of a bridge. Luckily, the hobble only really lasted from 1910 to 1913 before it fell out of fashion.