“Not all Latinas look like J.Lo or Sofia Vergara or Shakira, so where are the women that look like myself?” 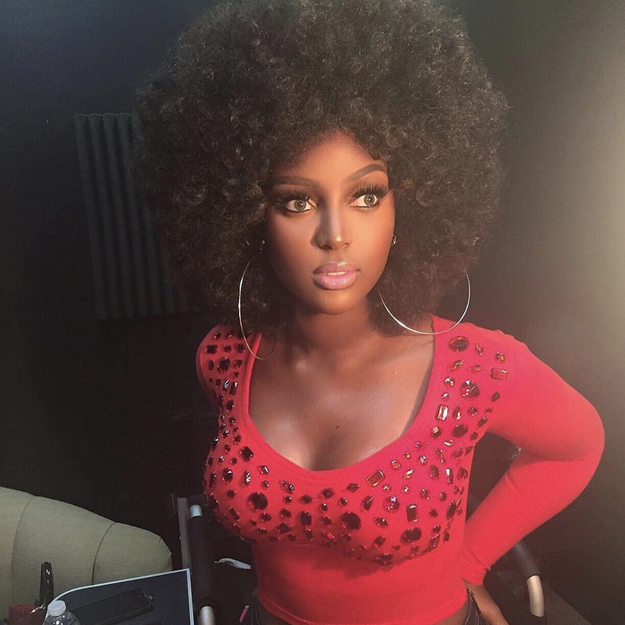 The Miami native is Domincan, identifies as Afro-Latina, and is damn proud of her black heritage. Her stage name Amara La Negra literally translates to Amara the Black Woman.

So in the LHH: MIA premiere, which aired on Monday, Amara had a business meeting with her castmate Young Hollywood, a music producer. During the meetup, he advised Amara on her “image,” telling her to be “a little more Beyoncé, a little less Macy Gray…a little more sensual.”

And when Amara asked him if it was impossible for her to be elegant with an Afro, he replied, “Yeah, I guess so.” He later called her a “Nutella queen” and “psychotic” and put up a black power fist before saying, “You’re a little intense about this whole Africa thing.”

Well, Amara wasn’t here for ANY of Young Hollywood’s critiques on her looks, hair texture included. “I’m extremely proud of my brown skin. I’m proud of my color, of the way that my hair curls,” she said. “I’m proud of who I am and nobody’s gonna take that away from me.”

She also pointed out that Afro-Latinas like herself who have dark skin and curly hair are seriously underrepresented in the music industry: “Not all Latinas look like J.Lo or Sofia Vergara or Shakira, so where are the women that look like myself?” she asked. “A lot of people like to box me in because of my look or because I’m dark-skinned, but that doesn’t make me less Latina! I’m 100% Latina and proud of it.”

The scene sparked some major conversations on Twitter. People brought up colorism within the Latinx community… 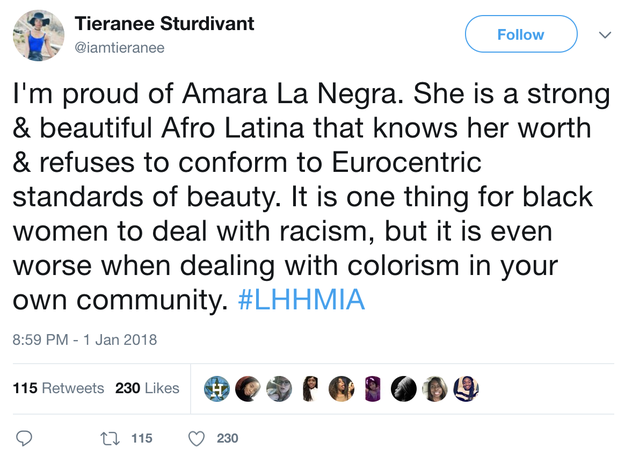 …and reminded others that this wasn’t anything new. 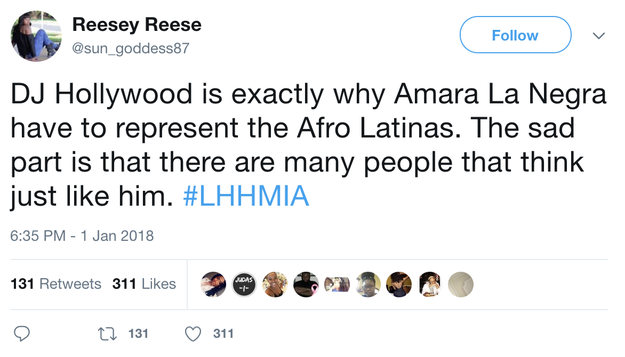 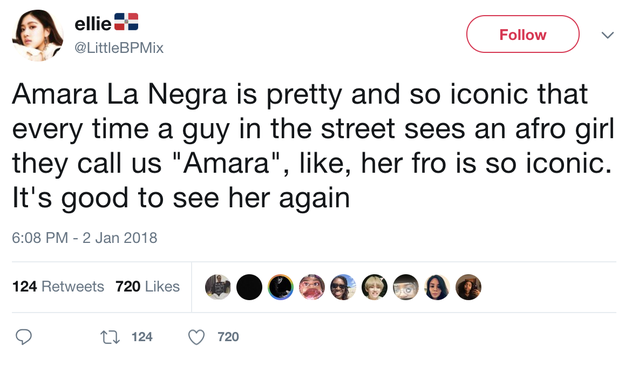 Amara tweeted her many thanks the next day, saying that she was “about to cry.” 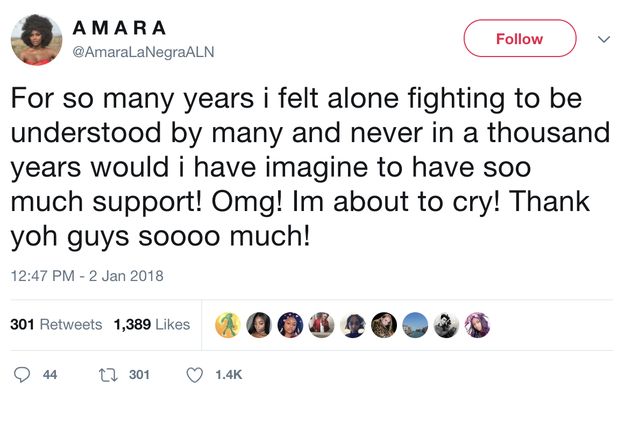 And to top it all off, Billboard Magazine just announced that Amara’s signed a multi-album record deal with Fast Life Entertainment Worldwide and BMG!!!

“I'm still in shock! At times, I am caught pinching myself because there is a part of me that still is in awe of being signed to a franchise that will heighten my success,” she said in a statement. “It is a feeling of a different level of hunger because I have prayed for this so much that it feels unreal!”

TO AMARA AND ALL THE OTHER UNAPOLOGETIC AFRO-LATINAS OUT THERE, WE SEE YOU, AND YOUR BLACK IS HELLA BEAUTIFUL!!!