Tired of hearing folks complain about having to visit their racist relatives over the holidays, 19-year-old designer Olatiwa Karade made this sweatshirt:

“People are like, ‘Yeah, I have to go home for Thanksgiving with all my racist uncles and aunts, and I can’t even believe I have to sit at a table with them,'” Olatiwa told BuzzFeed. “But it’s like, ‘Okay, you’re not going to say anything to them, so why are you telling me?’” 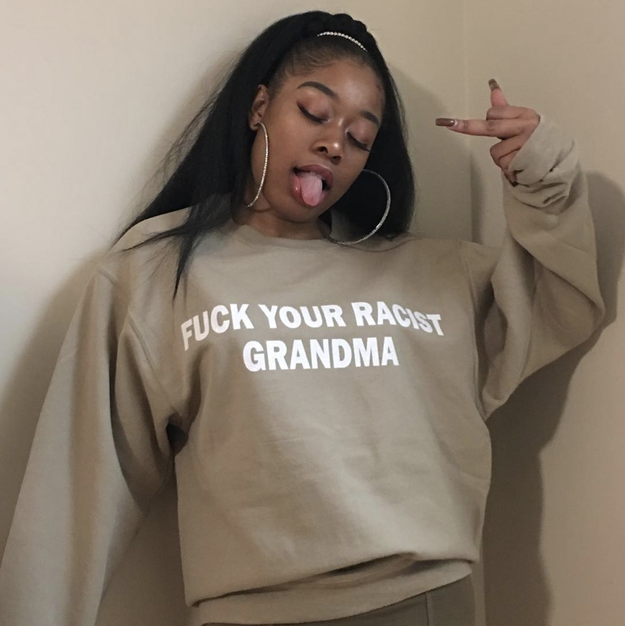 “You just get these thoughts in your head, and I just felt it was time to put it out there,” she said.

Get F Your Racist Grandma Crewneck Sweatshirt from Spledid Rain Co. on Etsy for $25.

Olatiwa sells this and other hella real sweatshirts in her Etsy shop Splendid Rain Co, which the college sophomore launched on Thanksgiving night as a way to “make some extra money at home.” To Olatiwa’s surprise, all 100 of the available sweatshirts sold out in less than 24 hours after opening. 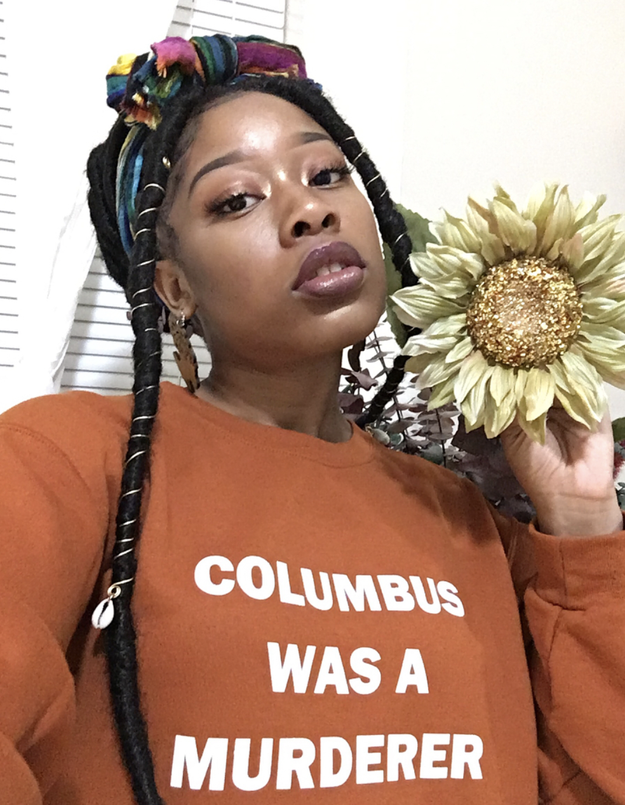 It all started with the Columbus Was A Murderer sweatshirt. Olatiwa designed this sweatshirt to wear back in October on Columbus Day and ended up getting tons of requests when she posted a selfie of herself wearing it on to Facebook. “I didn’t really get that much hate, but I also don’t read my comments because I know what I’m putting out there,” Olatiwa said. “But overall everyone’s personal messages to me were very cool and wholesome, so I was just really excited and ecstatic.”

Get Columbus Was a Murderer Sweatshirt from Spledid Rain Co. on Etsy for $30. 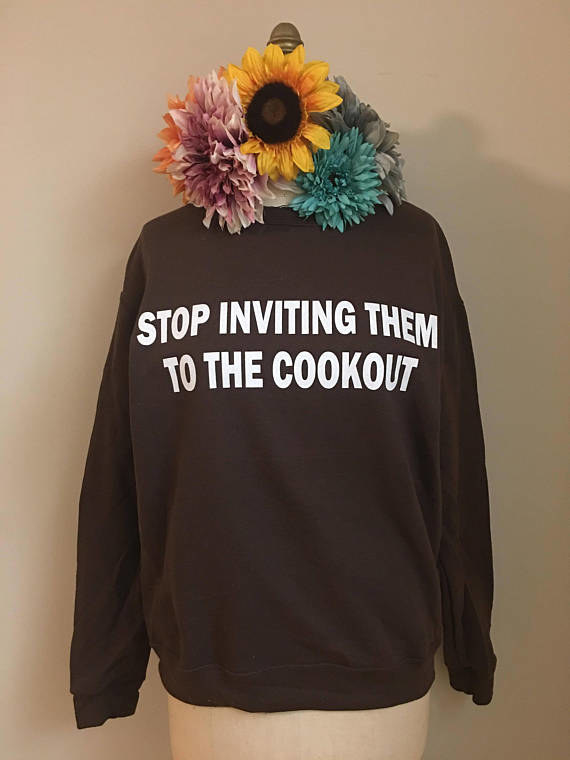 Get Stop Inviting Them to the Cookout Sweatshirt from Spledid Rain Co. on Etsy for $25.

“Everybody else is getting so bold, you know? Like we have Klan resurgences, Nazis becoming more prominent,” Olatiwa said. “We’re on the other side and people keep trying to just tell us to sit down and shut up, so I felt like it was time to do something more bold.” 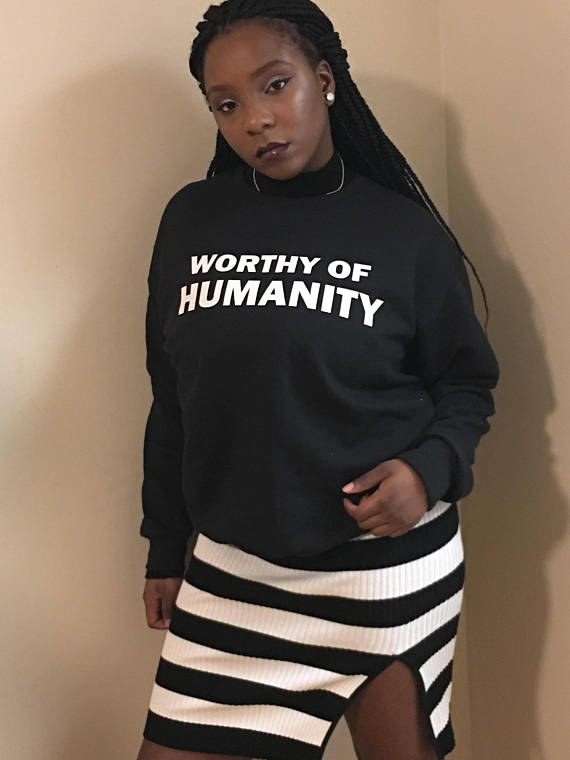 Get Worthy of Humanity Crewneck Sweatshirt from Spledid Rain Co. on Etsy for $20.

Each sweatshirt is made to order and hand-pressed by Olatiwa herself. The young entrepreneur has already sold more than 800 sweatshirts and has plans to launch a T-shirt line around the time of Black History Month, with some of the proceeds going towards a fund for ancestry testing for “black-identifying people.” 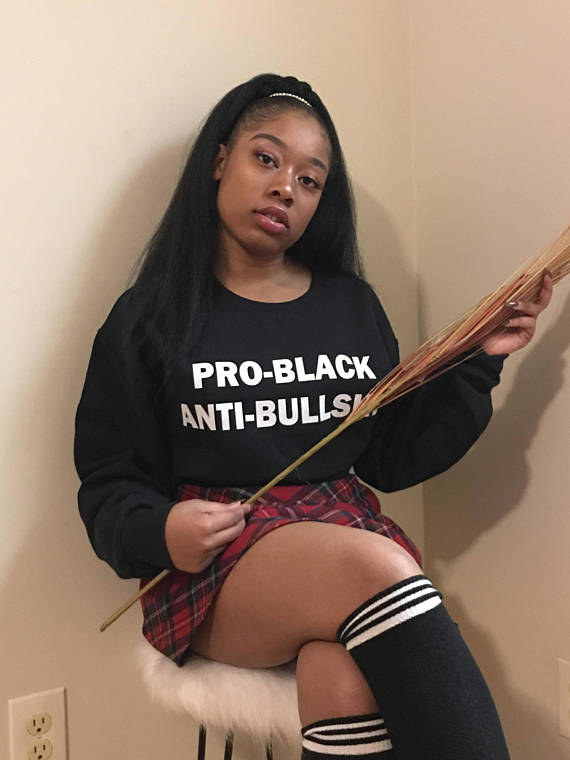 “We don’t have a lot of history on our ancestry, our relatives, where we come from,” Olatiwa said. “We wanna know where home is and what culture we can connect to, and I feel like a lot of people feel lost without that. I think that’s one of the largest things we’re missing as black people, especially in America.”

Get Pro-Black Anti-Bullshit Crewneck Sweatshirt from Spledid Rain Co. on Etsy for $25.